Texas has the second-largest population of people who are deaf or hard of hearing. One upcoming concert has been designed to raise awareness about those communities.

For the first time, a large community of deaf people will get the chance to attend a music festival in San Antonio for the world debut of Good Vibrations Music & Arts Festival, the brainchild of Miss San Antonio, who is deaf herself.

It has been one year since Jennifer Shearrer made her decision to receive a Hybrid Cochlear Implant. This is the third part to her three part series of Jennifer’s Journey. Part I was on the day of her surgery, Part II was when her implant was turned on, Part III is what life has been like one year later.

Who uses their Aqua+ Kit while at the beach? Bring

Have you ever heard silence so loud? We are sharin

Happy Father’s Day from The Ear Institute of Tex

What an awesome day we had at the @aidthesilent 5K

The Ear Institute of Texas is happy to announce th

Thank you to our Staff who volunteered. It was a f 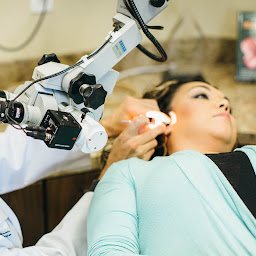 The Ear Institute of Texas
Based on 353 Google reviews.

Shelly Calhoun
We had a great experience at the ear institute. They fixed my brothers’ wax issue right sway! Highly recommend.

Andre Hernandez
I was able to text and get an appointment on the same day. I was very happy to get my ear infection taken care of right away.

sandh Pickerin
The entire was office was such a blessing. My mom doesn't like dr appointments. They were so kind with her while she gave them a hard time. They took their time with her. They explained everything to her several times and really wanted to help her even though she doesn't think she needs help! Amazing staff and helped me with referrals and really listen to what our concerns. Thank you for everything!

Kasham Laine
This location is the only one in town that has a hearing testing booth(s) on site. Dr Jackson is one of the top ENTs in the state. Unfortunately, it’s VERY hard to actually see him. I’ve been a patient for 5 years and seen him twice. (I come at least twice a year.) The customer service of the staff is horrendous! They don’t listen, are argumentative, unhelpful and very non-resolution oriented. They do not wear clear masks despite working in an environment where 90% of their patients are hard of hearing. Find another place that cares and just come here for the hearing tests.